This past week I discovered something amazing---Magic Lillies!

In the spring, my friend V and I had been discussing flowers that might grow in my new landscape. She had mentioned these flowers that basically pop up out of nowhere right after a rain. That was months ago.

In March, this lush foliage grew up around one of my retaining walls. It looked like big lily leaves to me, but nothing happened. Then it got hot. Really hot. And dry. And the leaves all died back, and I thought "maybe I should have watered the yard:("

Then we had a rain- it rained and rained, and we were all dancing around in the street (yes, that really is a thing in my town). The next week I noticed these stalks shooting up out of the ground. No foliage, just stalks. Then there were buds. 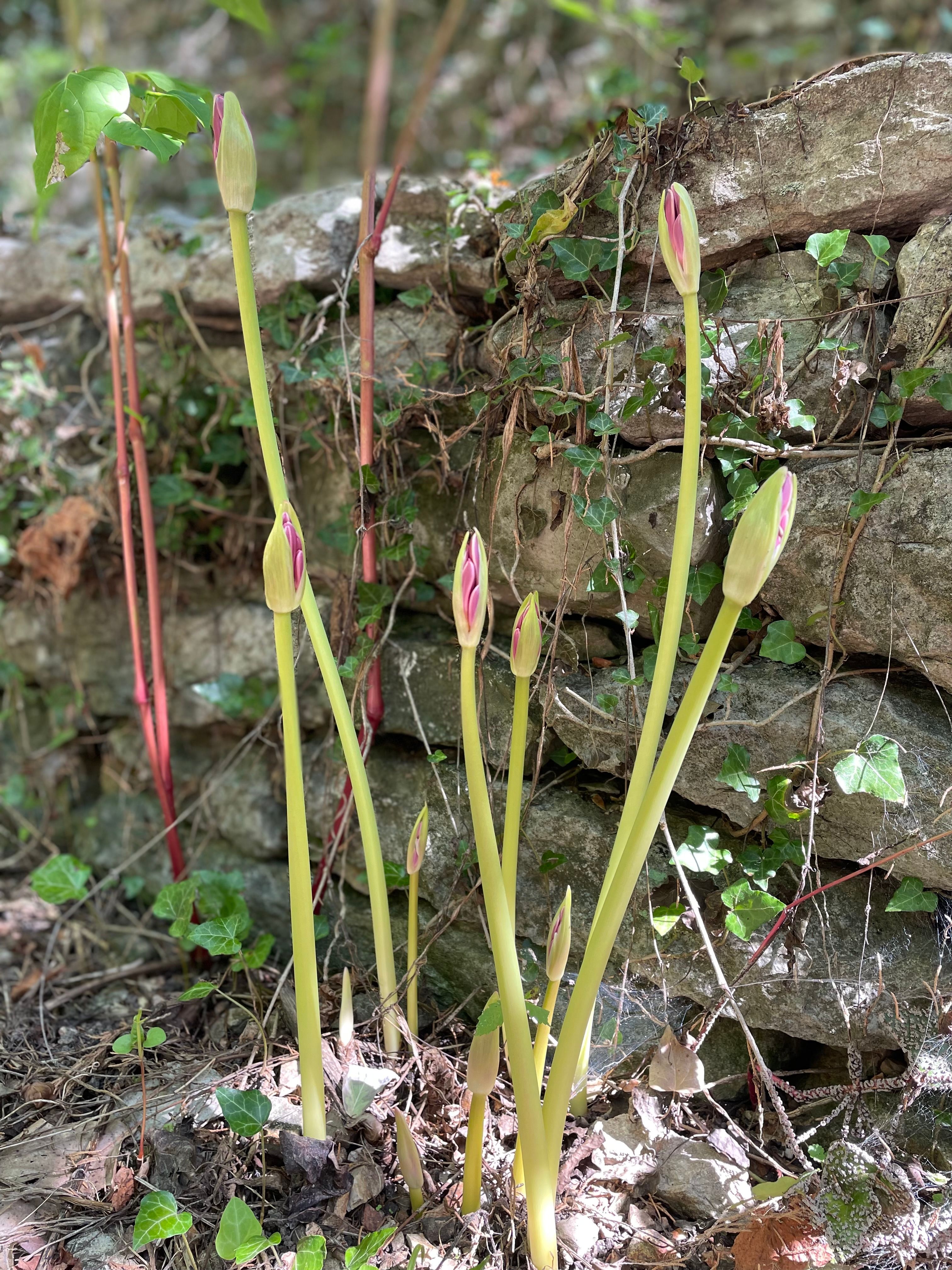 And then-- magic happened--huge pink lilies! 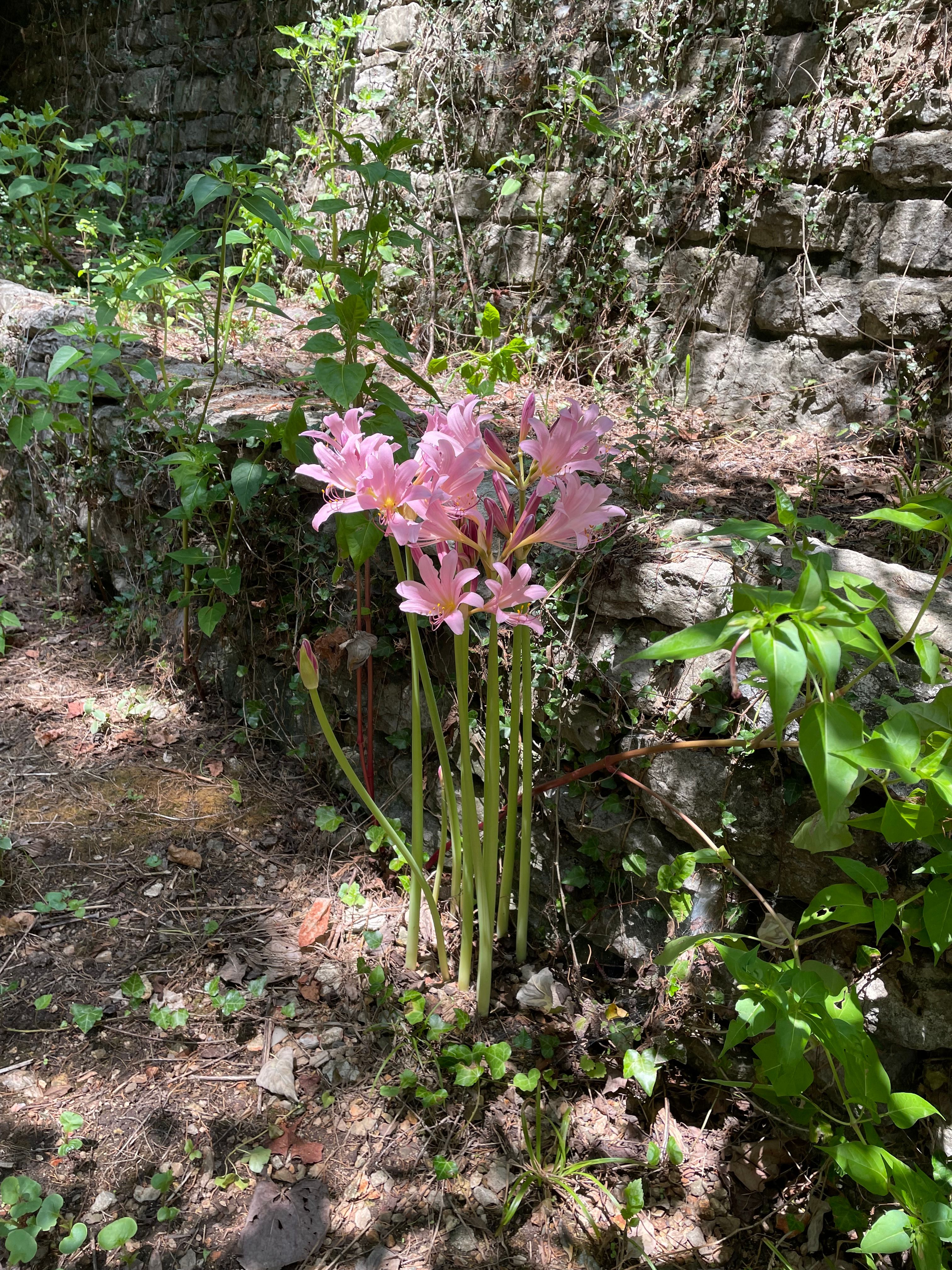 These things are all over my neighborhood. Some obviously planted in rows. Others sprouting up where an old homestead stood. And others- well, most of them- are completely random. There's a patch halfway down a hill, there's a patch by the road, there's a patch in the middle of another patch of something. I love them! 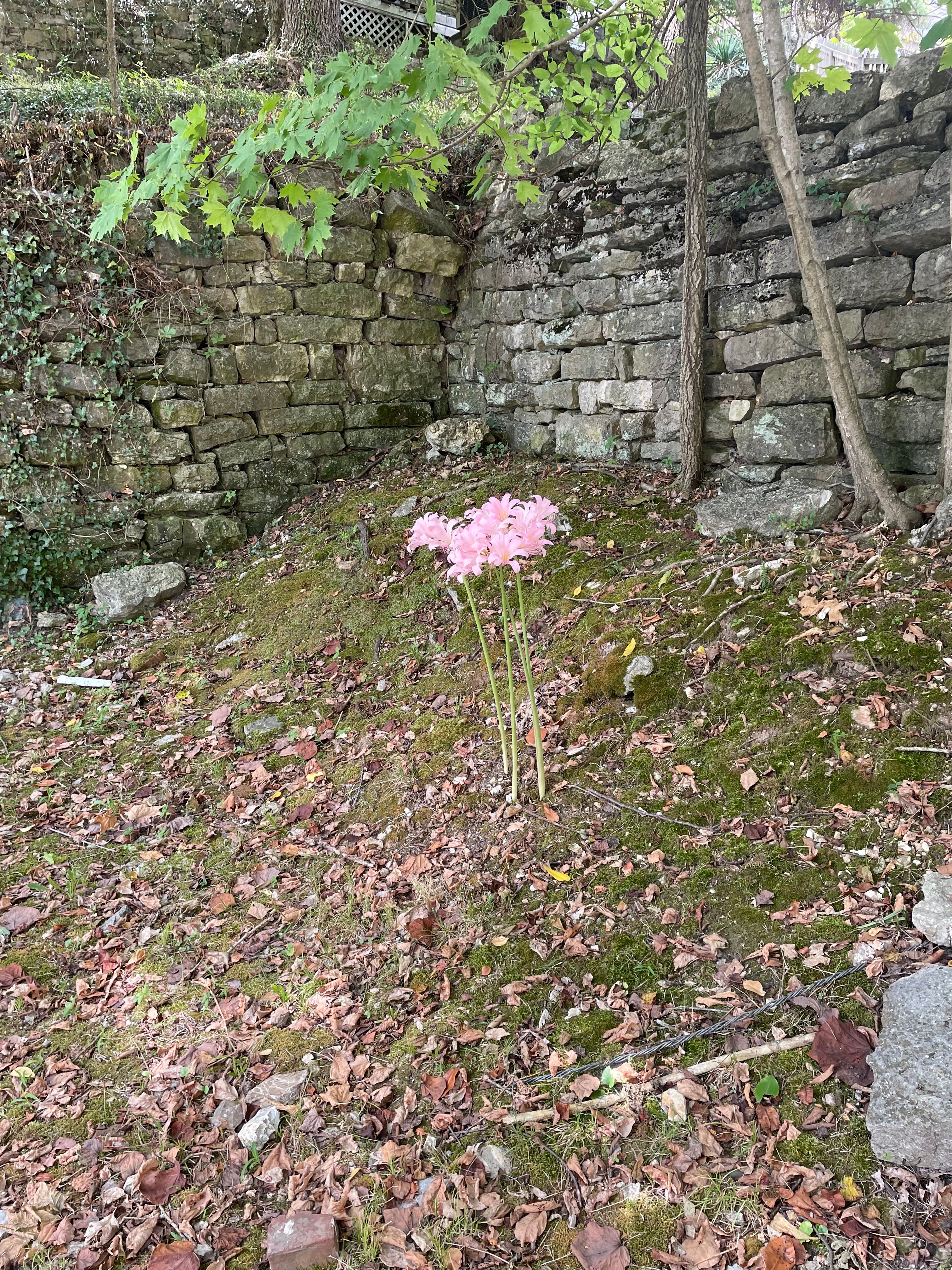 They make me think of my creativity. I really want to line things up. That feels really safe. And that drive is what makes me a great producer and project manager. I can get us from A to Z. But when that drive takes over it can be stifling. It shuts me down and all I can think about is logistics. My brain goes on overdrive, and I overthink. That's when I need space from that part of myself. I need to just allow those flowers to pop up wherever they want to grow rather than try to plant them in straight lines.

The way they grow also reminds me of my creative process. Sometimes it looks really lush. Then it looks dead, dried up, and dormant. And the next thing you know, a new bloom to arise from what seems like nothing.

That's exactly what's been happening lately- I feel like I'm getting a download all at once and I can't keep up. I want to lock the door on it because it doesn't look like what I wanted it to look like- but creativity cannot be control. Other things can, however, like my time, energy, outlook, and how I use it.

So, here's a warning-- something big is a 'coming! It's not going to look like what you expect from me- but it's going to be awesome! And I hope you join me for the journey:) Jenni

PS: Want to hop on and get a sneak peek early? Click on through, baby!